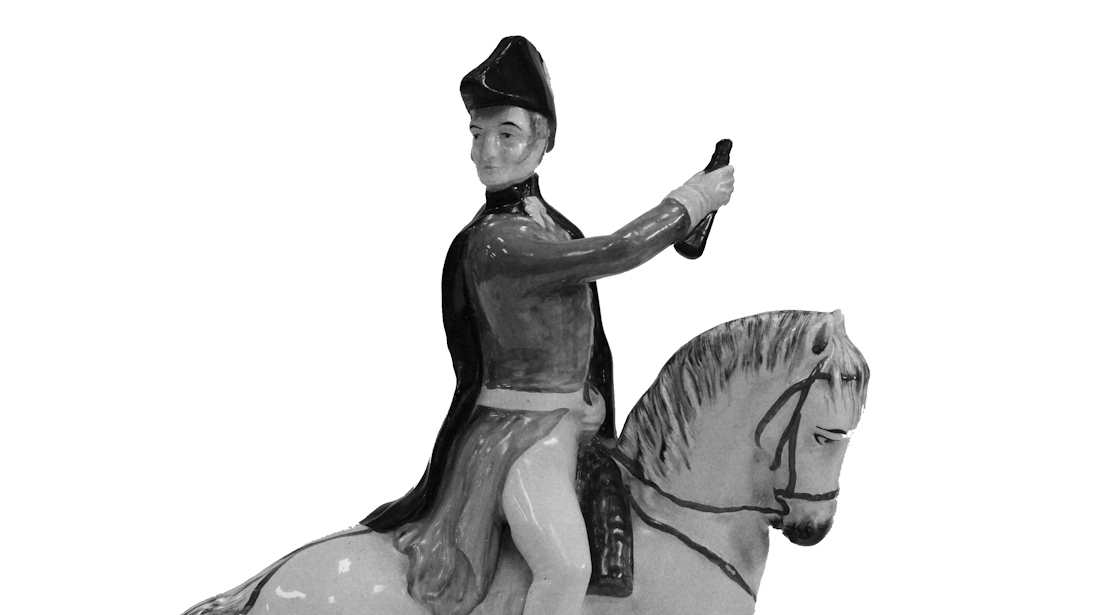 At Richard Gardner Antiques you will find one of the best selections of antique Victorian Staffordshire figures for sale in the UK.

This subject has been a passion of Richard’s for over 40 years, starting as a collector and progressing on to become a dealer.

During the Victorian era they made 1000’s of different figures, be they portrait figures made to represent an event or person, decorative figures to brighten up a home or animals to place on a mantlepiece.

There are many different subjects to collect including, Royalty, Military, Sporting, Authors, Religious, Crime and Theatrical, together with many different animals and decorative figures.

The potteries had developed ways of making these Staffordshire figures very cheaply and so were produced in large quantities and sold throughout the country. You therefore have a wide choice of subject matter to collect.

Some people collect just a single subject, such as Crimean war figures, or pieces that relate to Queen Victoria and her family, whilst others who have an interest in the theatre have a large range of pieces to choose from. Some will collect animals, like spaniels or sheep for example. I started collecting any figure which included a horse and then branched out into other subjects as my knowledge increased.

There are some very good books on Victorian Staffordshire figures, including by Pugh and a series (that you really need to own if you wish to start collecting) by Harding.

Victorian Staffordshire figures are a lovely subject to collect, with many pieces very reasonably priced. They bring a joy and colour to the home and will give hours of pleasure.

Richard Gardner @GardnerAntiques
18 hours ago
This #antique #snooker #billiard scoring board has to go! Take a look on my website https://t.co/wFScLQDvor https://t.co/lloeLyqQ16
View on Twitter
1
2

Richard Gardner @GardnerAntiques
2 days ago
Some more #antique #furniture items that have to go! I have started moving storage units! So make me an offer, you never know! All available on my website https://t.co/wFScLQDvor #diningchairs #armchairs #writingtable https://t.co/LVa8wybdRs
View on Twitter
0
1

Richard Gardner @GardnerAntiques
6 days ago
In today’s Weekender https://t.co/W7gX0QFSbN is another selection of great #antique #furniture that has to go! Offers invited! https://t.co/C87tmNqKv8
View on Twitter
0
0

Richard Gardner @GardnerAntiques
1 week ago
Some more photos of the #antique #furniture that has to go to make space in my storage unit. Open to sensible offers! Check out the website https://t.co/wFScLQDvor https://t.co/r6D2rZCB7v
View on Twitter
1
2

Richard Gardner @GardnerAntiques
2 weeks ago
I am moving storage units shortly and will be disposing of the larger furniture.
I will consider all sensible offers on my remaining items, like this #antique #Chinese elm altar #table Check out my website https://t.co/wFScLQDvor https://t.co/0KmAp4MAYl
View on Twitter
1
1