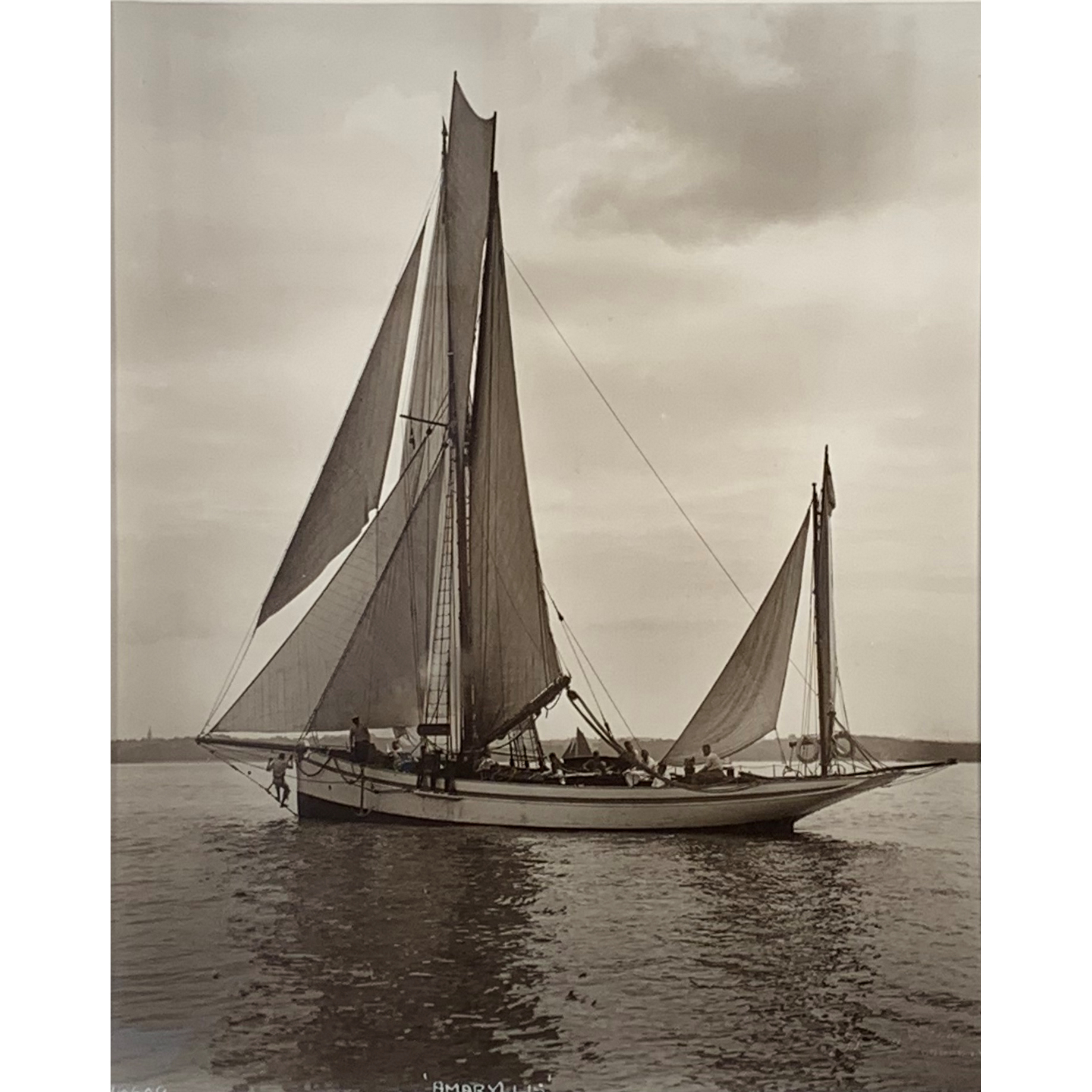 In 1888, Alfred Edward Beken moved to Cowes and bought a pharmacy. His son Frank was captivated by the boats and the harbour – and decided to record these scenes.

Rowing out into the Solent, Frank Beken used an innovative camera of his own design – a large wooden box with handles either side, a lens and a viewing screen.

A rubber ball on a lead was used to release the shutter. By squeezing the ball with his teeth, Frank was able to hold the camera steady and produce negatives on which the horizon was level.

In the 1930s, Frank was joined in the business by his son Keith, giving rise to the Beken & Son name. Together, Frank and Keith produced an archive of over 130,000 glass plate negatives and, in the 1950s, moved into colour photography. By the late 1960s, as requests came in to photograph ever faster sailing and power craft, their big box camera was retired in favour of a smaller one.

Following Frank’s death in 1970, Keith was joined by his son Kenneth in the new company of Beken of Cowes. Each generation of the Beken family has earned the title ‘Fellow of the Royal Photographic Society’ and Beken of Cowes has held three Royal Warrants for excellence.

Richard Gardner @GardnerAntiques
6 days ago
On my website https://t.co/wFScLQDvor for sale is this #antique #Chinese #ivory #photograph #frame decorated to all sides with #dragons #Christmas https://t.co/dSntJFjVTb
View on Twitter
0
0

Richard Gardner @GardnerAntiques
1 week ago
This stunning #emerald & #diamond #ring is now available for sale on my website https://t.co/wFScLQDvor Remember Christmas isn’t that far away! #jewellery https://t.co/Dd5NtQqXYH
View on Twitter
0
1

Richard Gardner @GardnerAntiques
2 weeks ago
I am photographing some great items for this week’s Weekender today, including a #shagreen #clock some #ivory #photograph frames and a lovely piece of #jewellery Keep your eye on the website https://t.co/wFScLQDvor
View on Twitter
0
0

Richard Gardner @GardnerAntiques
2 weeks ago
A lovely gift for a lady, this #antique #perfume atomiser is on the website https://t.co/wFScLQDvor for sale! Would make a great start for a collection! https://t.co/1Zfar4SdQS
View on Twitter
0
0

Richard Gardner @GardnerAntiques
2 weeks ago
It’s still to early to mention the ‘C’ word, so these would just make a great #present for the men in your lives! #antique #shaving https://t.co/wFScLQDvor https://t.co/KqWFRipuqJ
View on Twitter
0
0