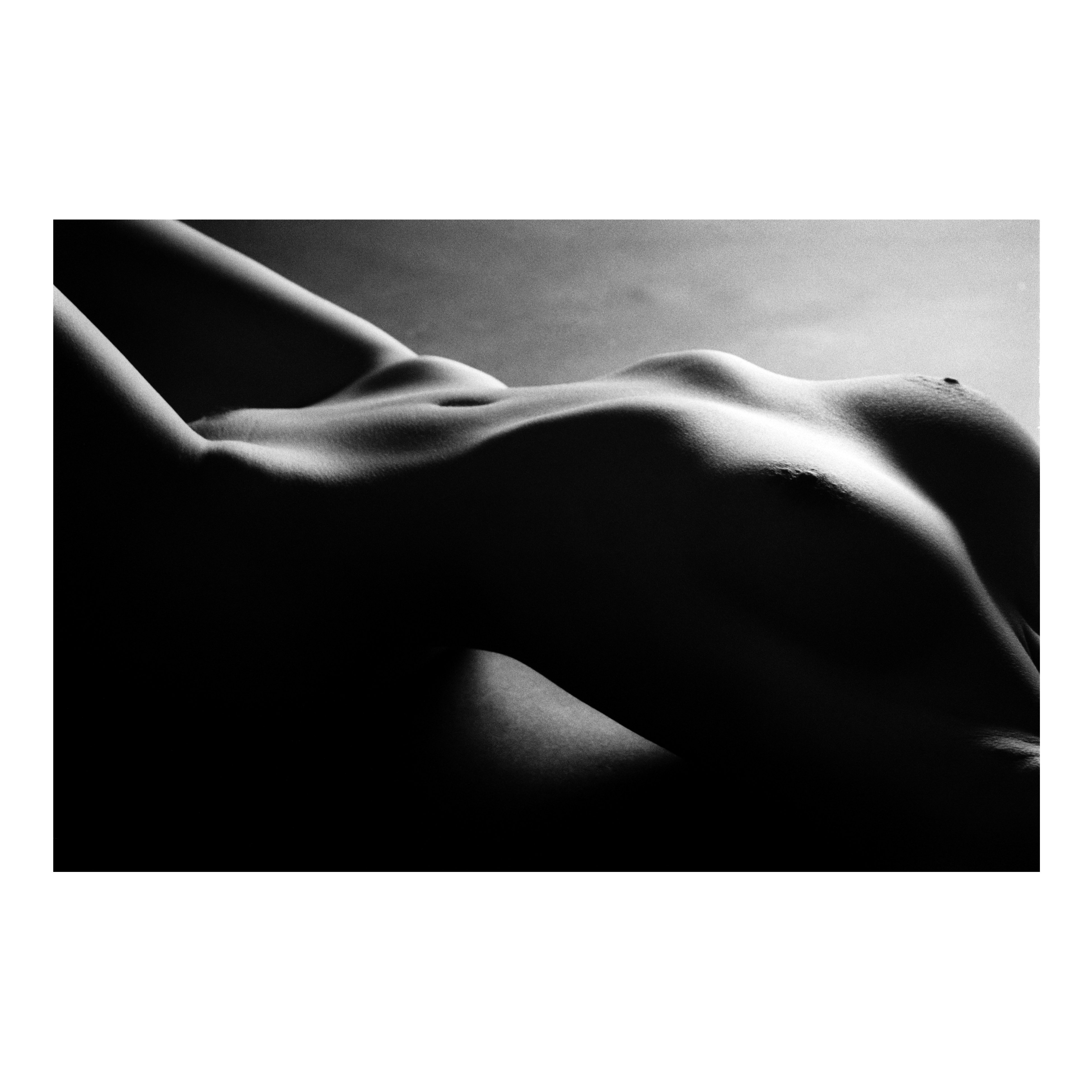 Mick Payton’s working life started in the less than artistic domain of steel engineering. A career change saw him venture briefly as a driving instructor, before a chance photoshoot with an aspiring model lead to the realisation that, although raw in essence, there was considerable potential in a life for him behind the lens. Steadily, the number of aspiring and subsequently established models wanting their portfolios enhanced by Payton’s grasp of high quality atmospheric photography grew. His workload developed to a point where he was able to make a full time vocation from what was fast becoming his passion. In the years that followed, his style became a forbearer for modern tasteful, sensual art nude, with Payton becoming one the first photographers to find widespread commercial acceptability within his chosen genre of art nude, and as a result has been the featured subject in many high quality magazines and a one hour documentary transmitted throughout Europe in 2003 and again in 2004.
Since 1998, Mick Payton has been commissioned for more than four calendars every year, including both male and female nude, with many international best sellers across several continents to his name. In 2008 his career continues from strength to strength, with a regular stream of global commissions and a flourishing collectors market for both his limited edition and open edition prints. Mick Payton is the UK’s leading nude photographer – not only is his work critically acclaimed and exhibited globally, but he has also achieved success where many have failed. In a market that many find tough to understand, let alone break in to and profit from, Mick Payton produces work that sells. His techniques and understanding of atmospheric imperatives that drive cognitive and subconscious appreciation for the nude and sensual photograph, has ensured a fruitful career in his chosen field with continuous international licensing agreements for posters, calendars and fine art open as well as limited edition collectors prints.
Add to this his 30+years working for most of the UK’s model agencies providing portfolio shots for their working models, enabling them to source high-paid commercial and fashion jobs. This background has provided the platform to communicate with his subjects to ensure an atmospheric image with striking appeal.
The subject of many book and magazine features internationally as well as TV documentaries in Europe and the USA, his popularity and acclaim continue to grow, leading to a demand for his knowledge to be passed on to amateur and professional photographers alike. Through a series of workshops and seminars throughout the UK and branching out into Europe in 2009, Mick enjoys passing on the knowledge that he had to learn the hard way. Having no-one to to give help and advice at the beginning of his career, he is determined to assist other photographers who want to pursue the same direction, and he is becoming as well known for his liberal and unselfish distribution of knowledge as he is for the quality of his images.

No products were found matching your selection.

Richard Gardner @GardnerAntiques
16 hours ago
This beautiful #antique silver & enamel #singingbirdbox stamped #PalaisRoyal is now on my website https://t.co/wFScLQDvor for sale in the UK. https://t.co/73KT2yS1xP
View on Twitter
0
0

Richard Gardner @GardnerAntiques
3 days ago
This lovely #antique shagreen #mantel #clock by #Jump is on my website https://t.co/wFScLQDvor for sale in the UK. Take time to have a look! https://t.co/6u5vTOkDES
View on Twitter
0
0

Richard Gardner @GardnerAntiques
4 days ago
For sale on my website https://t.co/wFScLQDvor is this fantastic #antique #bronze figure of a #huntsman by #Mene See this and over a 1000 great pieces! https://t.co/Vq7LiyDG8F
View on Twitter
0
0

Richard Gardner @GardnerAntiques
5 days ago
You can find this lovely #oilpainting by #Cottingham for sale on my website https://t.co/wFScLQDvor amongst over 1000 other items! https://t.co/QRxBInA8ai
View on Twitter
0
2

Richard Gardner @GardnerAntiques
6 days ago
You can find this #antique #silverplated #wedding #casket for sale on my website https://t.co/wFScLQDvor amongst a 1000 other items! https://t.co/3xts0ljrjx
View on Twitter
0
0